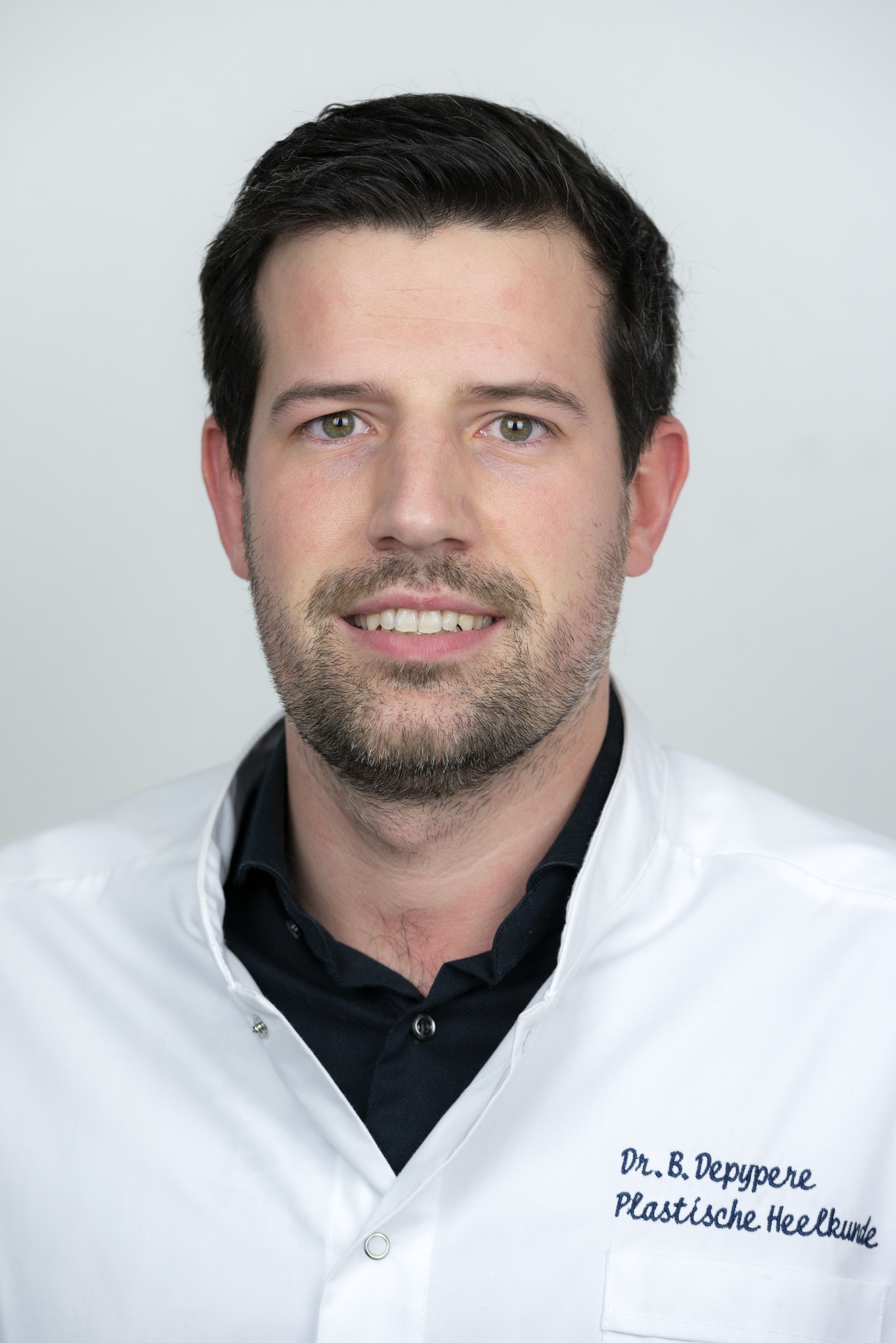 Dr. Bernard Depypere received his medical degree from the University of Gent in 2012. He started right away with his surgical training at the department of Plastic & Reconstructive Surgery in Gent (Belgium) under supervision of Prof. Blondeel. During his training he was already involved in the scientific work at the department and spoke on several national and international conferences.

Dr. Depypere is specialized in breast reconstructions and tissue engineering. He performes breast surgery with own tissue (microsurgical perforator flaps), breast implants, fat injections (fat grafting) or a combination of all previous. He continues his commitment to bring tissue engineering and stem cell therapy to the clinic. Therefore he started research for his PhD degree on this topic.

Dr. Depypere is a fellow of the Collegium Chirurgicum Plasticum (CCP) and member of the Gent Academy of Plastic Surgery (GAPS). He is author and co author of several publications in international scientific journals.

6: Colebunders B, Depypere B, Van Landuyt K. The dog-ear flap as an alternative
for breast reconstruction in patients who have already undergone a DIEAP flap. J
Plast Reconstr Aesthet Surg. 2016 May;69(5):594-7.